Winter Adventures to do in Annapurna region

The period starting in December is the time for the winter adventures in Nepal. With most of the trekking routes covered with snow, the availability of trekking is limited to a few areas only. Usually, The tea houses will be closed, and the host families already move out from the place and transportation is not available during winter in Nepal. Despite how woeful it might sound, it isn’t as you still have the option to go for winter adventures to do in Annapurna region. So, let’s highlight on what winter adventures can be done in Annapurna Region.

It isn’t exactly similar as to rock climbing. Ice climbing entails the ascending of the glacier which makes it tougher than to do rock climbing. However, there are many easy and moderate ice climbing areas in the Annapurna region which can be done by anyone who loves the thrill in Adventure sports.

Here in the case of the Annapurna region, the vertical ascent is not that of the mountain glaciers but that of the springs and waterfalls. Annapurna region like every other region of Nepal has several waterfalls with the crest of several hundred meters. In winter, these waterfalls are frozen with the solid form of ice in the rocks. These formations of ice are the preferred climb for every adventure lover. The beginners do not need to worry about the protection as there will be an experienced lead climber who will pave the climb for you by hooking ice screws in the ice.

How to reach there? Take a bus to Besisahar which is the headquarter of Lamjung district. From Besisahar, you can take a jeep ride to Humde. Here in Humde, there are several frozen waterfalls to climb. 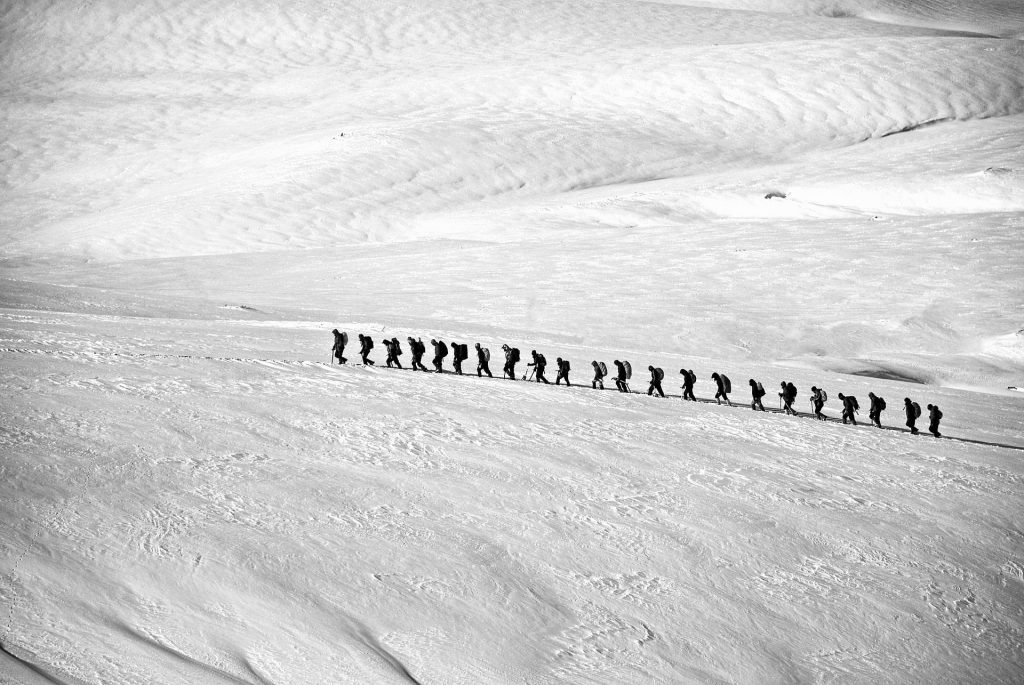 Annapurna Region also boasts in its Skiing areas which are above 4000 meters in the Himalayas. Usually, tourists who are into skiing head towards Dhaulagiri and Manaslu which also lies within the Annapurna Conservation Area. Skiing hasn’t been much favoured in Nepal due to several factors. The geographical made of the snow in Nepal is not like that of the European countries where the snow of the winter lasts longer. But the snow of Nepal in the winter time doesn’t favour the skiers to ski in the spring like that of North European countries. Also, the lack of infrastructures such as the gondola and the absence of a cable car to the top of the snow-covered hill has made the skiing a farfetched adventure sport in Nepal.

However, there is the Heli-skiing in Nepal. Heli-Skiing allows you to choose any mountains or snow-covered hills from where you can ski. The enjoyable and safety part of the Heli-skiing is that you will have a helicopter hovering above you so that you can choose any mountain to climb on. In average, skiers ski from 5500 meters down to 3500 meters. Also, your chopper pilot will let you know the best conditions and exposure in the regions for skiing.

Every year, the tourism board of Nepal along with the agencies host winter festival in December for the adventure lovers from all over the world. Here in this festival, events like rock climbing, ice climbing, skiing, mountain bike riding and many other winter adventure sports are held to attract the adventure lovers. This festival is done to promote skiing in Nepal. However, the inclusion of every kind of winter as well as seasonal adventure sports makes this event an ecstatic event.

The tourism industry of Nepal has been gradually moulding Nepal into a place which can be visited all year round, so the introduction of winter adventure sports in Nepal has its own pace in development and moreover, Annapurna region being one of the high flowing tourist’s hotspots, has its attention in developing winter adventures in Nepal.